There is a tiny alien clinging to a Douglas fir trunk. Oversized claws curled to its chest, bulbous head, and a rent down its back where… something… emerged. But no, not an alien. This is actually the empty exoskeleton of one of California’s ~65 cicada species. 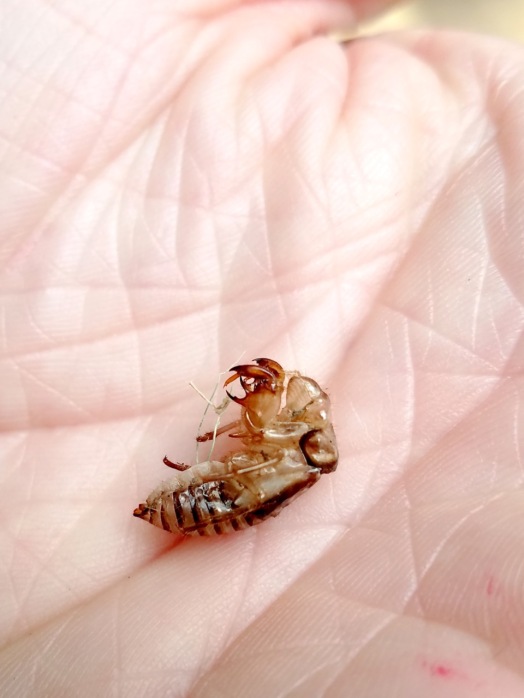 You hear them humming in the trees all summer long, but the main glimpse of them is the husk–or, exuvia–that they leave behind. The nymphs, which live in the soil, emerge during the night to cling to a twig, leaf, or trunk. By the time the sun rises, the new adult’s fragile wings and soft body have had a chance to harden and it has long since flown off.

Cicadas are in the same family as leaf hoppers, with similar triangular bodies and intricate traceries of veins on their transparent wings, which always remind me of stained glass. Cicadas don’t bite, and apparently are edible–something to keep in mind if you’re lost in the woods (though you’d have to find them first). When I was growing up, we called these katydids–turns out that was wrong, the real katydids look more like humpacked green grasshoppers, and they lack the delicate transparent wings.

On the west coast we have annual or “dog day” cicadas, not the infamous 17-year cicadas of the east. Ours have life spans of a few years, so no summer is without a batch of these insects. I’m not sure if there’s a way to tell which species from the husk–if I figure it out I’ll let you know. 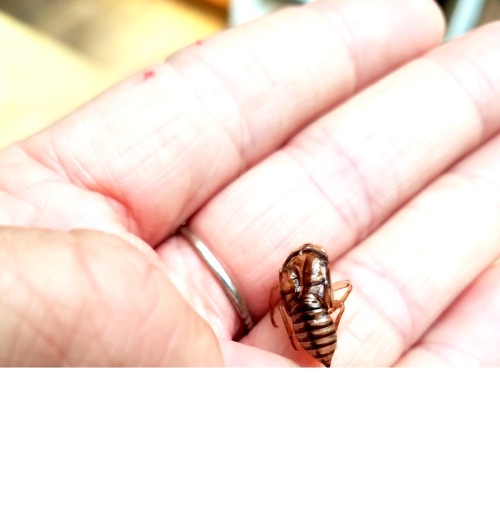 Filed under Plant of the day